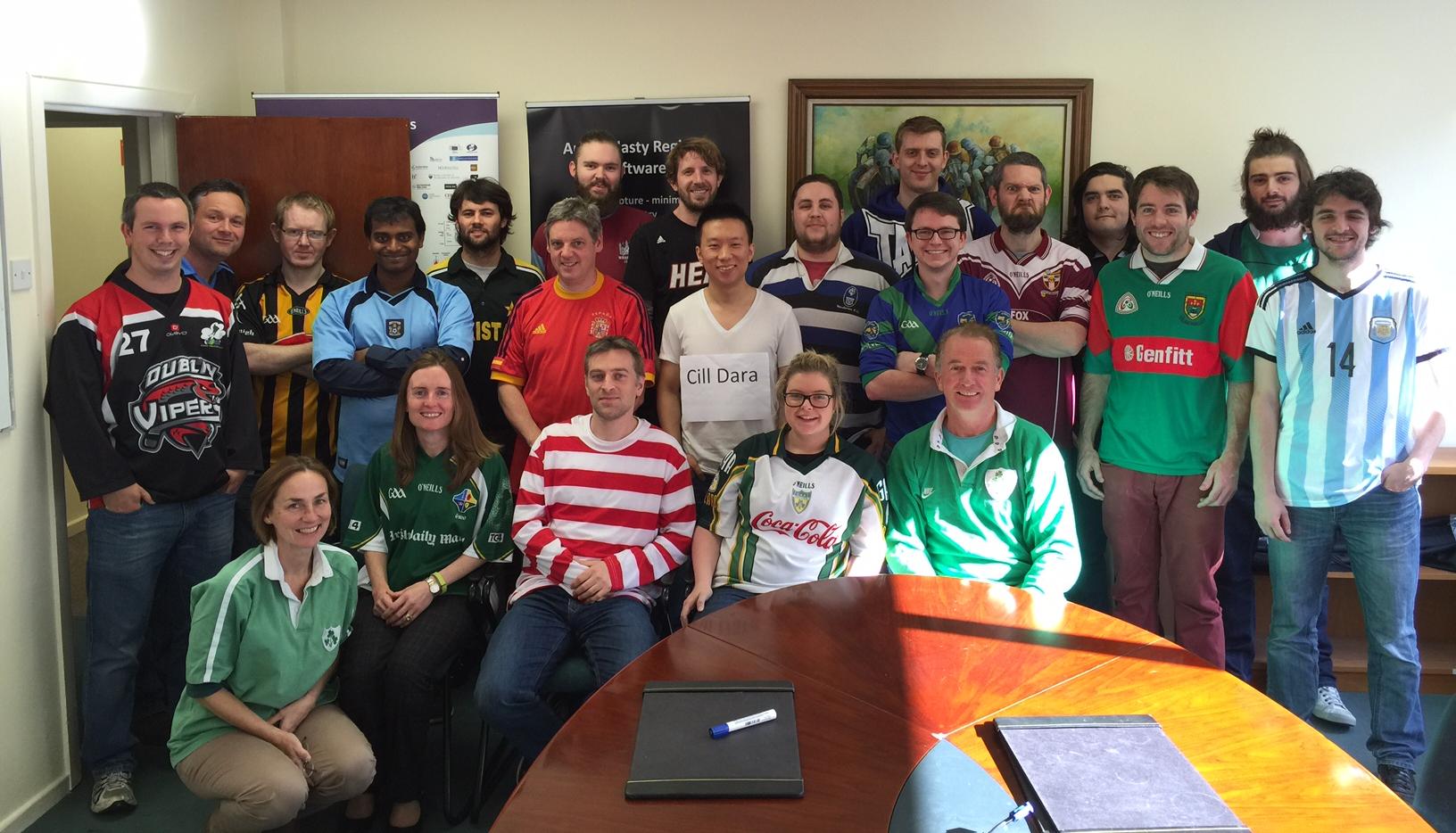 OpenApp was delighted to take part in this year's GOAL #jerseyday fund-raising campaign. Jersey Day took place in over 2,300 locations this year, which makes it the biggest Jersey Day yet.

We even had a 'Where's Wally?' jersey and a home-made Lily White jersey!

Goal is now operational in 19 countries, including Syria. During this year alone, despite the dangers, they will deliver aid to more than 850,000 Syrian people. They are also at the coalface of the Ebola response in Sierra Leone, Liberia, Guinea. Last November, at Port Loko in Sierra Leone, Goal took charge of a new Ebola Treatment Centre. To date more than 500 people have been treated at our centre.

“We're delighted to help Goal. They do fantastic work around the world. We are big believers in giving something back and when we saw this campaign, we jumped at the chance to help. The guys really got behind it.” said Mel McIntyre, MD of OpenApp. “We had five different sports represented...we'll have to see if we can get a few more for next year!” concluded Mel.

A huge thank you to one our great sponsors @OpenappIreland. Their support of the event is highly valued

Catch our article celebrating achieving our #ISO27001 certificate! Now updated to include a short interview with David Cavanagh, who managed the project. https://lnkd.in/eWyHwnd8 #patientregistry #raredisease #datasecurity

OpenApp are delighted to announce that we will be attending the National Office of Clinical Audit (NOCA) conference on the 31st of January in RCSI. If you wish to attend please register here:https://www.noca.ie/news/save-the-date-noca-conference-31st-january-2023. We hope to see you there!

Have an in-depth look at our Custom Traffic Incident Management System.https://www.openapp.ie/custom-traffic-incident-management-system/
Our solution for ERTO helps oversee 1,200 kilometers of motorway allowing them to manage incidents, share data with stakeholders, and report data pertaining to road traffic incidents.